You are here: Home / About / Chess Instructors & Coaches / Robert Hess 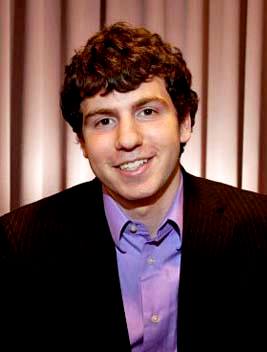 GM Hess is one of the most promising young stars on the United States Chess Scene. GM Hess’s meteoric rise in the chess world began with his sweep of the 2009 National High School Championship in Nashville. After being awarded a wildcard berth to the 2009 U.S. Championship, GM Hess, originally seeded 17th out of 24 players, put on a remarkable performance, falling just short of the championship title with a second-place finish. Some other highlights in GM Hess’s career include: Member of 2010 US Olympian Team, 2nd Place Negroponte Open 2010, World Team Championship Silver Medal 2009, 1st Place tie Foxwoods Open 2008, US Junior Championship 1st 2006.

GM Hess achieved his first grandmaster norm in Foxwoods 2008 and earned the final two in quick succession at the Spice Spring Invitational and at Foxwoods Open, 2009. He was awarded the Samford Chess Scholarship and is attending Yale University. Not only is GM Hess at home on the chess board but he is also at home on the football field, where he successfully played during his high school years. He is no stranger to chess coaching as he has been involved with teaching the Dalton Chess Team of New York and also has worked as coach for the Grandmaster Camp at the Marshall Club in New York.