You are here: Home / About / Chess Instructors & Coaches / Raja Panjwani 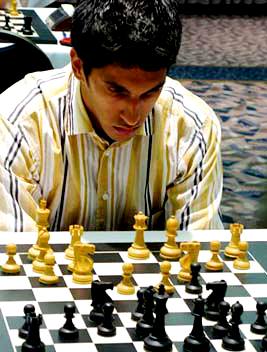 IM Panjwani is an International Master from Canada majoring in physics at the University of Western Ontario. IM Panjwani began his study of chess at the tender age of five and by the age of twelve, he found himself a National Master. He is a six-time National Youth Champion of Canada and has represented Canada at numerous international events including five World Youth Championships. In 2006, he placed 5th in the World Youth Championship and in that same year, he captured the title of Canadian Blitz Chess Champion. In 2009, he received his third and final IM norm at the World Open and took home the Canadian Junior Champion title shortly after. IM Panjwani plans to attend medical school and is working toward receiving his GM title.