You are here: Home / About / Chess Instructors & Coaches / Giorgi Kacheishvili 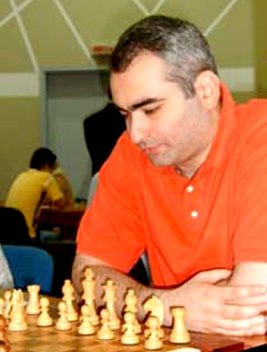 International Grandmaster Giorgi Kacheishvili from Russian Georgia won the Grandmaster title at the age of 20. He won the National Chess Championship of his native Georgia three times, earned gold at the European Team Championship, and played in the World Chess Olympiads in Turkey, in Spain, and in Italy. GM Kashcheishvili has been a World Top 100 Player and has been the winner of many US National and International tournaments. GM Kashcheishvili is a well known and popular coach to some of the currently best young players in the US including IM Justin Sarkar, three time US Women’s Champion, IM/WGM Irina Krush, and Sanford Scholar, GM Alex Lenderman.