You are here: Home / About / Chess Instructors & Coaches / Alisa Melekhina 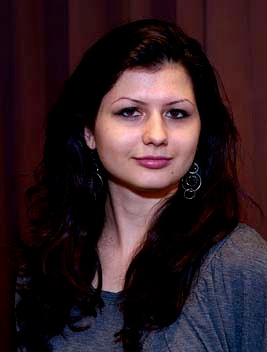 WIM Melekhina was born in Ukraine and lives now in Philadelphia. She was graduated from Drexel University and is now attending the University of Pennsylvania School of Law. WIM Melekhina plays an active role in chess. She represented the US in eight consecutive World Youth Chess tournaments and in three Pan-American tournaments, where she received gold. She was the youngest player invited to the 2007 Women’s Chess Championship and remains one of the youngest women to be invited to this prestigious tournament still today. WIM Melekhina took gold at the Women’s World Team Championship in China. She began playing chess at the age of five and entered her first tournament at the age of seven. In less than three years, WIM Melekhina found herself exploding on the international chess scene and winner of prestigious tournaments throughout the world. She has earned an International Master norm for a masterful performance but her ultimate goal is to become a Grandmaster. Multi-faceted , WIM Melekhina is also a ballerina, having been involved in practice and performance for many years.